Hiba Deng Back to Blog Articles

Hiba Deng was admitted in May 2018 and spent 5 months at Woodward Academy. Coming from another Sequel Placement, Hiba struggled with her emotions and trusting other people. She often let her anger get the best of her and treated people around her poorly. In her 5 months at WA she improved her communication skills and worked on her anger management. Through her relationships with peers and staff she learned how to have empathy for other people and how to build healthy relationships and trust. She wanted to leave something on Pathfinder Hall to have others remember her and other Pathfinder girls that made an impact on the dorm. So Hiba created the Pathfinder Wall of Fame. Hiba made the board herself and printed the pictures of the girls who came before her that had impacted Pathfinder. 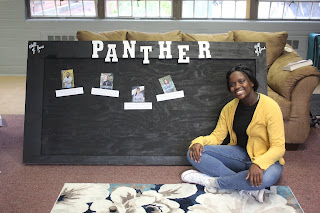 The board now has 4 girls pictures on it, including Hiba’s. The other girls are Nychicia, the first female Lifetime Executive Knight, Marissa, who created the Pathfinder Hall Creed, and Julie, the first female to set the Cross Country record time in the first season that girls ran Cross Country at Woodward Academy. Hiba included a picture of herself as the one who created the Hall of Fame. Hiba discharged from WA on 11/06/18 and has plans to return to her last year of high school in Des Moines, Iowa. She is going to play basketball and continue to focus on getting her credits to graduate. She hopes to one day attend Iowa State, where he sister attends, to study criminal justice to become a police officer. Follow the link to listen to Hiba tell her story and talk about her Pathfinder Wall of Fame. https://www.youtube.com/watch?v=kO_EydbjF_E 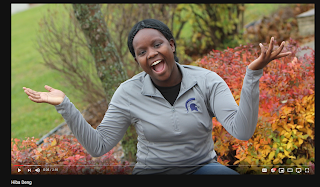